The Tornado Watch and storm threat is over.

Localized flooding with a rise in area creeks, streams, and rivers has been the legacy of the departed storm line. There were also a few wind-related damage reports. Check out a sampling of reports on #tSpotter. Or just this one:

Rain should linger for a few hours but depart, according to the HRRR model, around 8 PM:

Temps tonight will drop into the 50°s and settle around 50° at midnight.

We’ll cool off this week but shouldn’t get below freezing until maybe early Saturday morning. Lows in the 30°s, highs around the low 50°s.

Another rain system is expected here Wednesday afternoon or evening. Rain should last through Thursday and depart Thursday night. Does not look like a big deal. About previously-mentioned snow chances, doesn’t look like it, not cold enough:

The good news is both the GFS and Euro [models] have had multiple runs now with temperatures far enough above freezing to remove any mention of wintry weather.

No flooding, storms, or other shenanigans with this. Just rain.

After that, pretty dry.

January begins tomorrow of course, so it’s fair to ask: Are there any signals for snow? The green line in the second graph, below, rises above zero, but that inspires very little confidence. The line was also “off zero” two weeks ago for today, and as I write this, it’s near 70°. 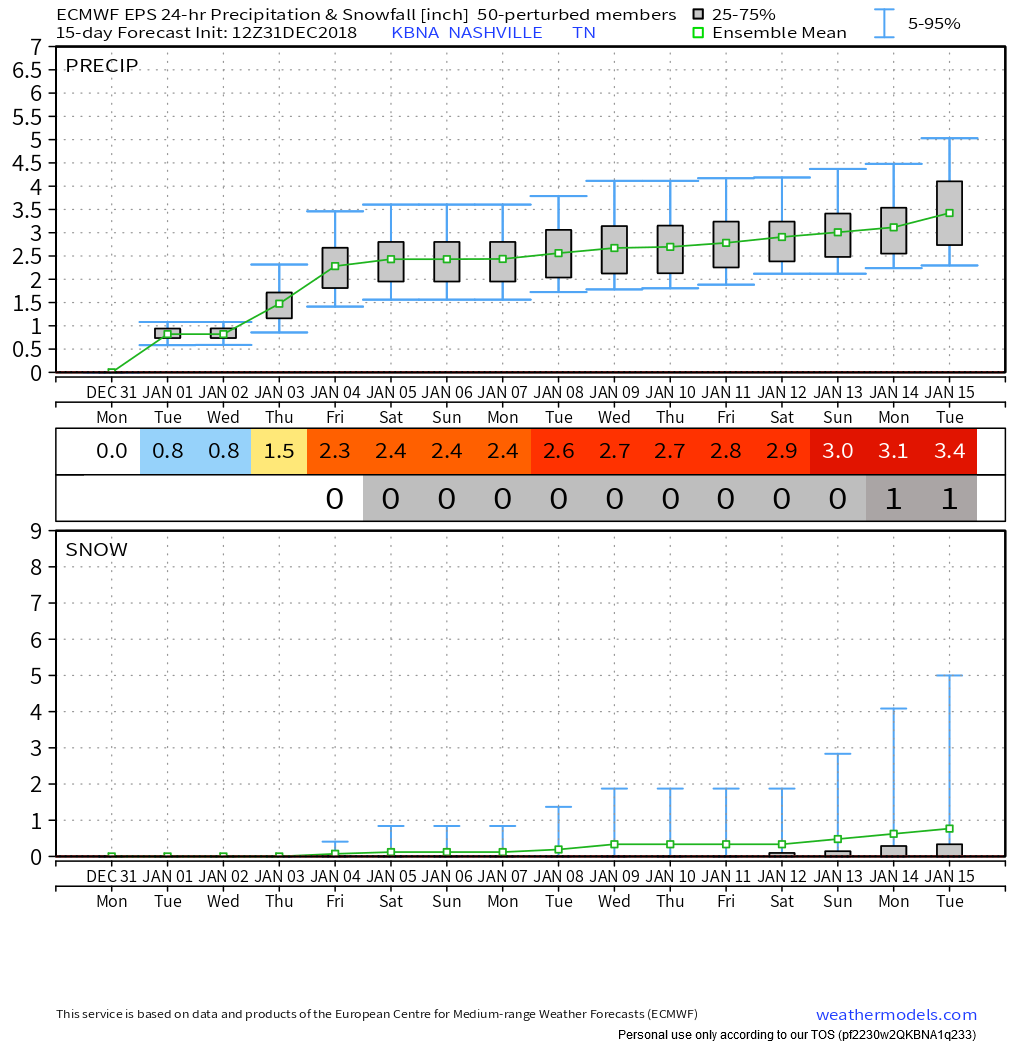 At some point it’ll probably snow this winter, but there is no strong signal whether, or when.