Well, that was close. Thankful to escape with only a few reports of 60 mph winds after seeing this at 5:15 PM: 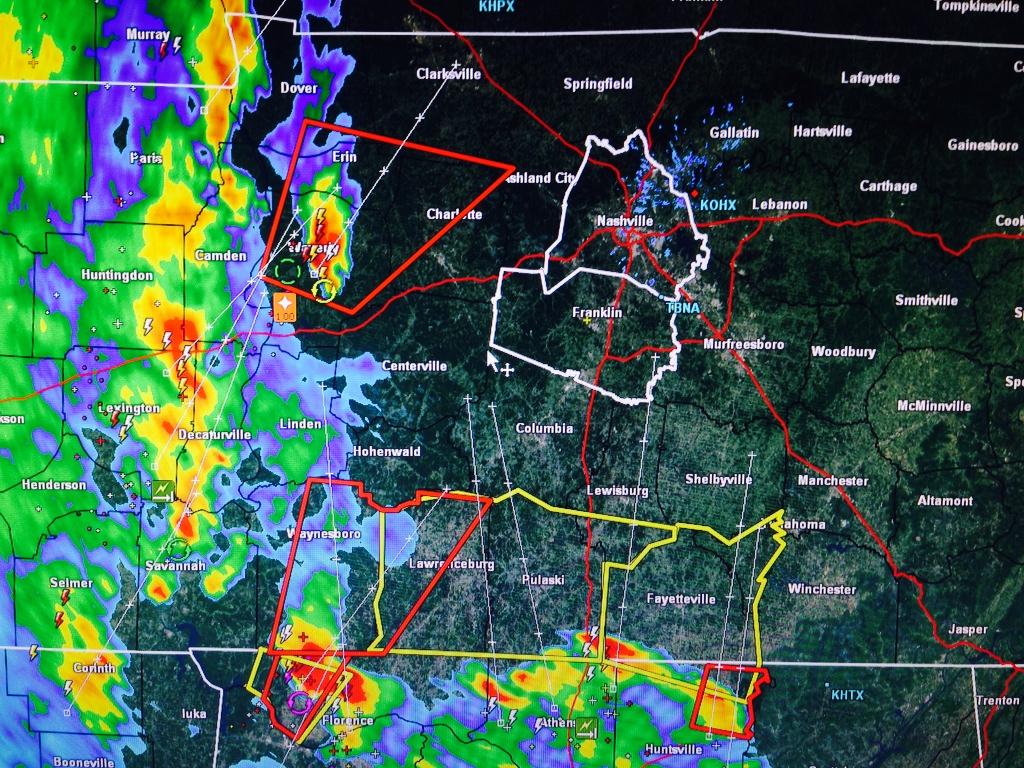 Other communities to our W and NW were not so lucky.

The Tornado Watch is set to expire at Midnight. It’ll likely formally be cancelled before then.

A night of peaceful sleep is ahead.

The actual cold front itself won’t arrive until Tuesday night, so we’ll have to deal with the rain that comes with that. Here’s an illustration from the Hi-Res NAM model at 10 AM Tuesday:

Remember, with a lot of rain falling overnight, flash flooding is still a concern. An Areal Flood Advisory is in effect until 245 AM, and our Flash Flood Watch currently remains effective until 1 PM Tuesday:

All that said, no severe weather is expected Tuesday. Just periods of rain, off and on (mostly in the morning), then levelling off during the afternoon.

A broken smattering of clouds will accompany a chance of light rain.

More on all this tomorrow, when we put The Intern 2.0 back to work: