Current Official Hourly Observation (taken at :53 on the hour) & Radar

Tonight: We thought we may see rain after sundown. However, there’s nothing on the radar, and HRRR says the rain will hold off until around midnight. I think that’s reasonable.

Our NWS has issued a Winter Weather Advisory for Davidson and Williamson Counties, beginning Sunday night at 6 PM:

Winter Weather Advisories in Middle Tennessee are issued only for 1″ or more of snow.

Our NWS has also updated ETAs:

Snow is more likely the further north you are. It’s entirely possible northern Davidson County could get a few inches of snow, while those along and S of HWY 96 in Williamson County get nothing.

This afternoon’s model runs still say this is going to be a very close call between all rain and a few inches of snow, with sleet/freezing rain chances sandwiched in between.

This afternoon’s run of the European model (not shown) calls for almost 4″ in Joelton, 2″ along I-65, and only a dusting in SE Williamson Co.

When the weather models disagree like this, there can only be little confidence in the forecast. Wee-Bay is certainly confused:

If you’re wondering whether school will be closed or if you’ll be able to get to work Monday, then the following graphic is not really helpful — it says it thinks there will be snow or ice on the road, but its ability to accumulate will be limited by warm road surface temps:

A cold rain is forecast Sunday, with temps falling into the 30s, eventually getting below freezing late Sunday night/early Monday morning.

Our NWS forecasts the best chance for 1″ of snow accumulation Sunday night along and N of I-40:

Those south of I-40 will see less snow with more of a wintry mix/minor ice event. Currently, the SPIA index (measuring the threat of icing to impact the power grid) is set to a comfortable 0 (zero – meaning no impacts).

Hoping for 2″ of snow? Right now, that looks unlikely:

The timing of the rain-to-snow transition will make or break this forecast. A little wiggle/wobble on the timing can change (possibly dramatically change) how much accumulates. Weather models still disagree on how fast the changeover to snow will occur.  They also disagree how far south the snow will fall. Expect this forecast to very likely change throughout the weekend.

Right now, our NWS forecasts the rain to change to snow sometime during the Super Bowl:

The best estimate on an ETA for changeover to snow is 9 PM for Joelton, 10 PM for downtown/Fairview, 11 PM for Williamson County.

One other thing: during the NWS conference call, there was talk about a band of localized heavier snowfall. No one knows where that band will form. It could form in NW Middle TN, and it’s possible – but not likely – it could include us. We won’t know where that may setup until late tomorrow afternoon.

Precip will end Monday morning. Temps will quickly rise above freezing, melting everything we get; nevertheless, the Monday morning commute could be a problem. 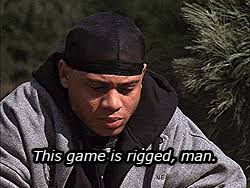 A reminder on the difference between Rain, Freezing Rain, Sleet, and Snow:

I’ll update the blog after I go pull a hammy at the Father & Son Bowl, then try to ride my bike (please don’t run me over). Should have something new for you around 5 PM or 6 PM tonight.

Today – Awesome Until It Gets Dark; Windy: Rain Tonight – High 63

Clouds will increase during the day, but the rain is expected to delay until after dark, and even then, it won’t be heavy:

WILL IT SNOW OR NOT? WHY WON’T YOU JUST TELL ME? WHY ARE YOU SO UNCERTAIN? Several factors need to align just right to produce snow, and right now there is conflicting information as to whether, or if it does, how, it will happen.

The proximity of all these (and many other) factors to (1) us and (2) each other is very important. A little shift here or there of just one of them, and the result can change dramatically. 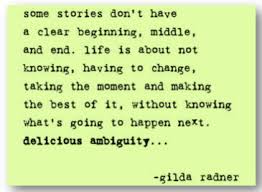 WHAT NWS THINKS. Rain looks likely Sunday morning. Northwest Middle Tennessee could see rain change to snow right around kickoff, but we’ll still be in the rain, above freezing.

Through the evening, the snow will move southeast, toward us, ending sometime before rush hour Monday morning.

Accumulations may range between 1″ to 2″; however, that’ll go down if we get some freezing rain or sleet.

Please remember this is very uncertain! So much so, the NWS has scheduled two media conference calls (one today, another tomorrow) to deal with it.

WEATHER MODELS. These models have been — and continue to be — all over the place. Use for entertainment purposes only. Behold how different they are:

GFS likes our ice, and freezing rain chances, but not our snow chances. As of 6 AM Monday:

Canadian Model: “LOL yeah we don’t know if it’ll snow on you, either, but probably not”:

European Model (not pictured) has 3″ of snow by Monday morning. Three inches!

Now you know why no one really knows what will happen. Watch former BPD officer and current forecaster Jimmy McNulty cope with the inconsistent data:

I’ll update this blog after the NWS 11 AM conference call.