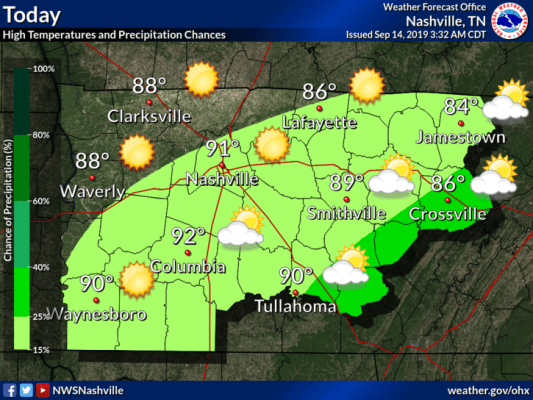 Hot but Tolerable this Weekend; Summer Continues into the Week

The story has not changed much at all. The only ‘major’ change is in the dewpoints, which are in the low 60°s.

Our high today should be in the low 90°s, with a small chance of some pop-ups this afternoon. This is due to a weak frontal boundary moving through. 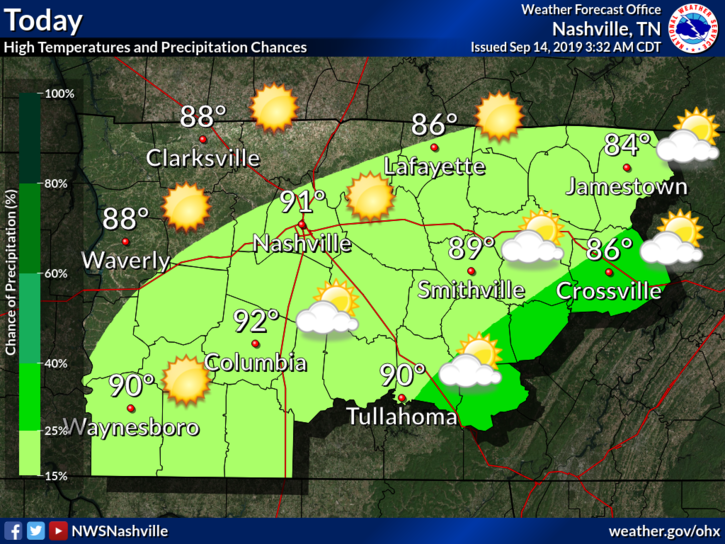 Frontal boundary, currently located over the mid state, will continue to work slowly southeastward through the day. Forcing along the boundary is weak, but as cap strengths diminish in the afternoon, the boundary will cause convection to form along the Plateau and portions of southern middle TN. Will include 20-30 pops in the east and southeast. Depending on the ongoing morning convection, may need to include some initial pops across the southeast although this activity should weaken toward sunrise. 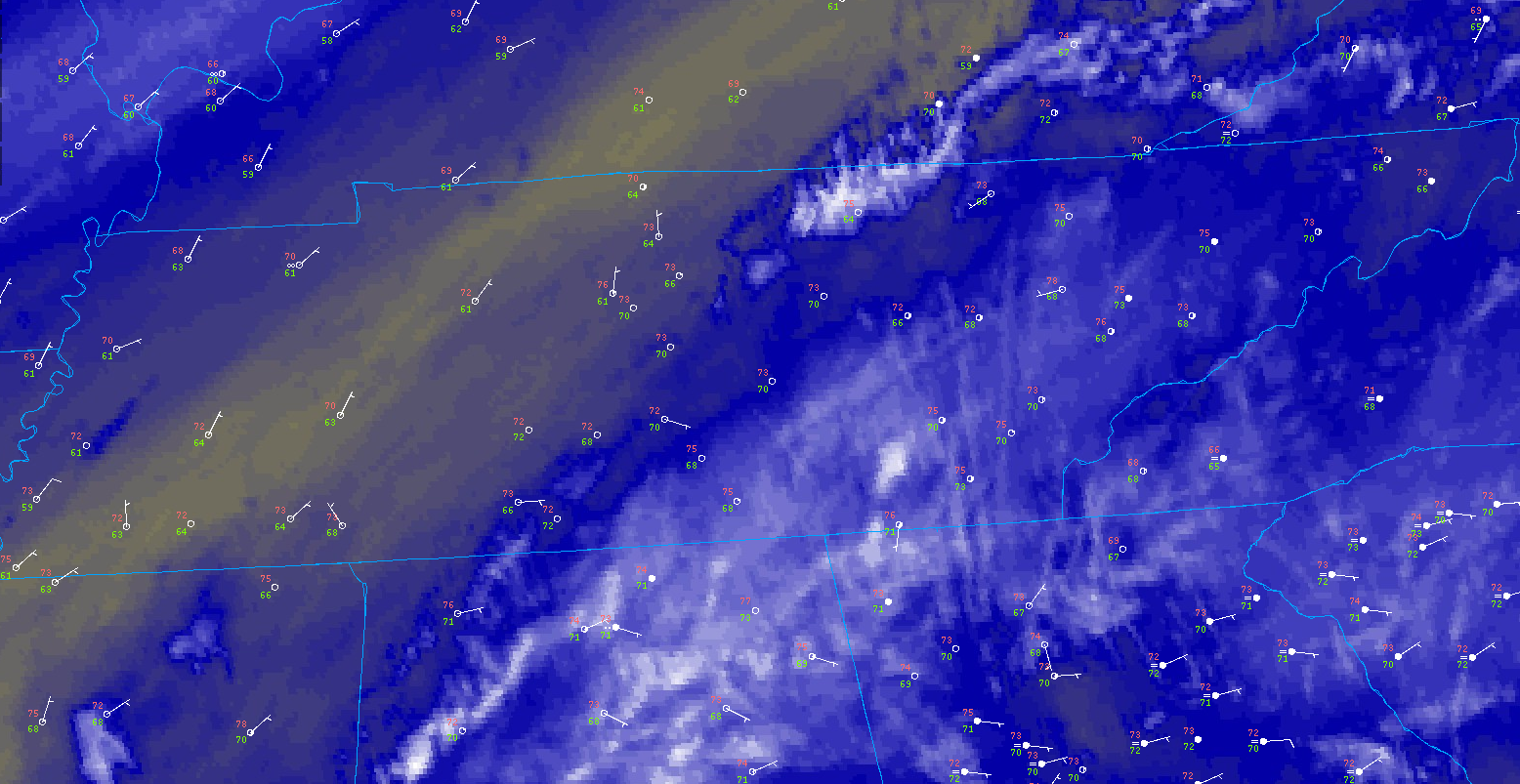 You can actually see this frontal boundary in the water vapor image above (the thin yellow line bisecting our state), which is the presence of drier air in the mid-levels of the atmosphere.

We will at least get some temporary relief as far as dewpoints go! We could see them dip into the upper 50°s. 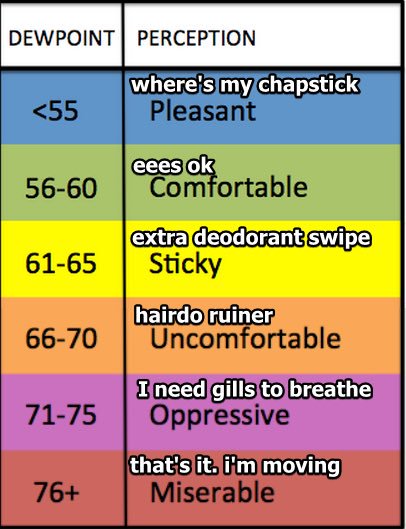 Highs tomorrow should be in the low 90°s. 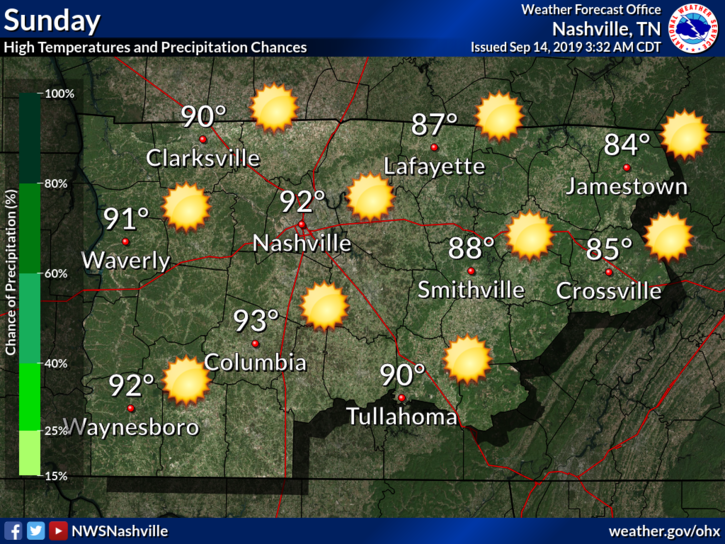 Dewpoints should stay relatively nice too. All in all, not a bad weekend. Just wear sunscreen and stay hydrated!

Beginning of Next Week

Dewpoints should climb into the mid to upper 60°s at the start of next week through Wednesday.

Other than that, the same each day. These high pressures are boring.

According to the Climate Prediction Center, nope.

Here is the Temperature Outlook for Days 6 through 10 (September 19th – September 23rd): 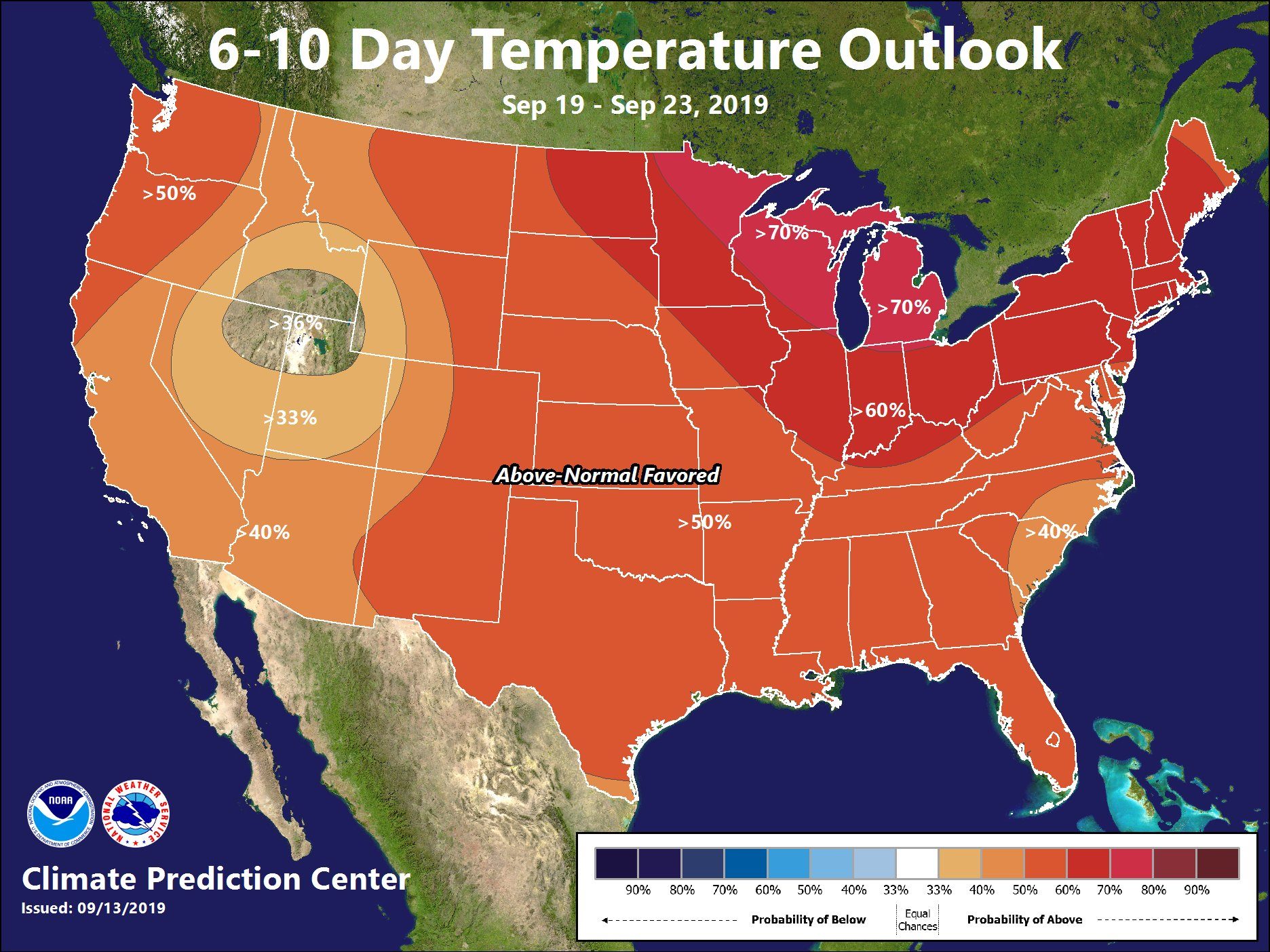 Here is the Temperature Outlook for Days 8 through 14 (September 21st – September 27th): 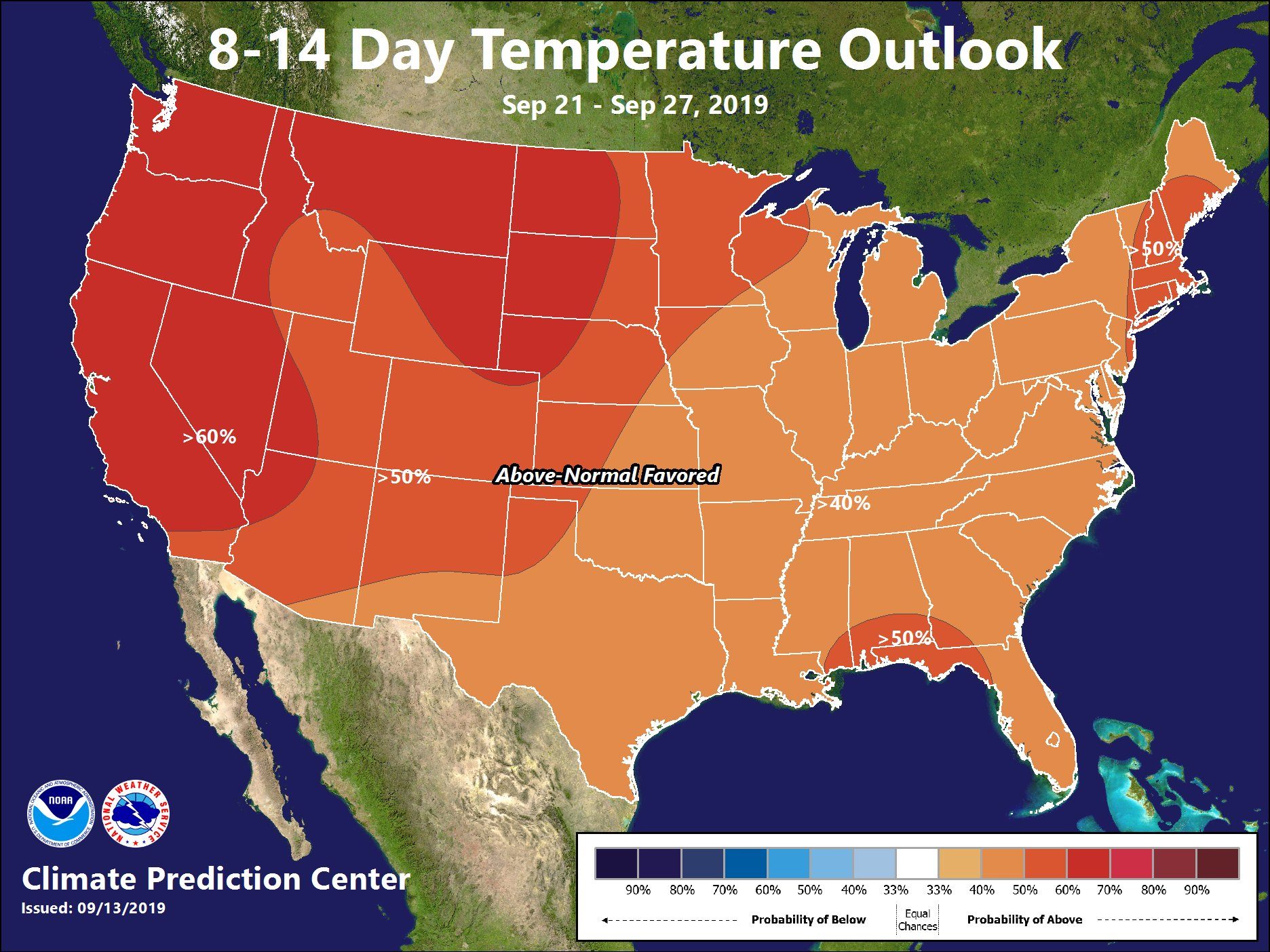 These show probability that the temperatures will be above or below the climate average.

Not promising for a cool-off anytime soon, not even after Fall officially starts.

Check back for updates to the forecast!