Snow Tuesday: Is It Time To Party/Panic?

You’re here to read about Tuesday so let’s speed through the weekend. (All quotes from NWS-Nashville).

BNA reported 36° after lunch. We won’t get much/any warmer today.

Back below freezing tonight and overnight with wind chills in the 20°s.

Clouds look to move in later today with the upper shortwave aloft, and may allow for some flurries overnight into Saturday morning. Kept mention out for now but may add to the forecast package for the afternoon.

HRRR shows a quick blast of flurries around 1 AM.

No accumulation or impact. It’s not even (currently) in the freecast package from NWS.

Late Saturday night another shortwave with low/no impact snow chances should pass mostly north of us. Sunday morning some precip may develop here.

The NAM3 model lays down precip along I-40 a few hours after sunrise, after temps emerge above freezing:

That’s rain, probably. Earlier arrival would mean a brief snowfall, but again, with temps expected over freezing Sunday morning, limited impacts are forecast. Unsure any of this will happen, though. The Euro doesn’t have any precip coming through here. Neither does GFS. Meh.

This morning I tweeted about the possibility of accumulating snow beginning Tuesday morning. A few lovely, once bitten, twice shy locals took to the Tweeter to @ us with “believe it when I see it” and poke fun at the usual snow disclaimers.

Reminded me of one of my favorite The Simpsons episodes where Bart and his buddies road trip to Knoxville. 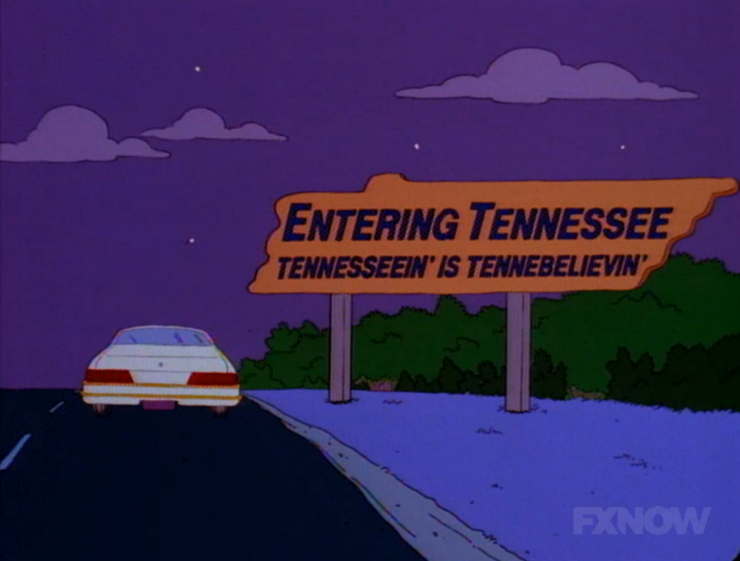 People deal with uncertainty in their own, private ways, I guess. Some do it publicly. It’s cool. In this age of team-choosing and blind loyalty to dogma, it is good to be skeptical, as long as your skepticism seeks truth, and is not skepticism for skepticism’s sake.

The latest run (12z) of the GFS model — which has been changing its mind and will probably change it again — thinks rain Monday night will turn to snow Tuesday morning. This isn’t the usual three-flaker, this would be an accumulating snow lasting more than a few hours Tuesday morning. First flakes splat/melt, but then we’ll dive into the 20°s and stay there all morning and all day. Accumulating snowfall should not melt Tuesday.

The 0z run of the GFS model (three runs ago, but the 6z run isn’t as valuable) had the same thing.

The Euro has been consistent for a few days. It’s well respected. Has a better track record than the GFS. It’s not perfect – no model is – but watch what it does:

How Much: Way too soon to speculate exact amounts. Let’s just say enough to sled. Avoid “deterministic” models someone may post — usually for clicks and shares. There’s one floating around with 8″ of snow which, while not unprecedented and no one is ruling out, isn’t part of any serious forecast right now, especially at this range. The best data is European ensemble data, and it has us around 3″.

Model consensus places about an inch or less for most of the area, and up to 2 inches in the northwest (north of I-40 and west of I-65) and on the Plateau to the east. Model spread is still quite high, with a dusting or so on the low end models and around 3-4 inches in the northwest and Plateau on the high end models. Expect the storm total snow to evolve quite a bit over the weekend and hopefully consensus lines up with more confidence in the next few runs. 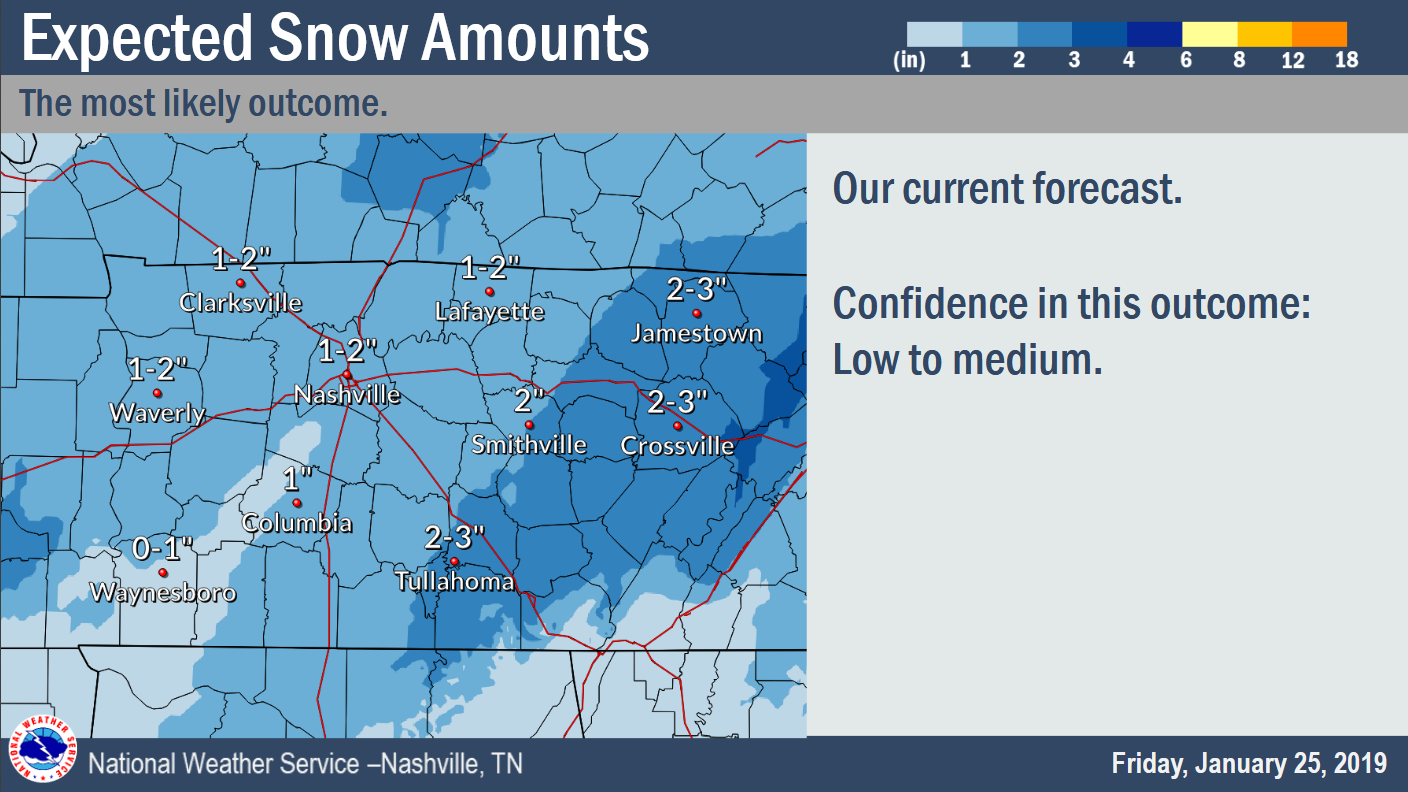 Prep for at least this much….soooo maybe nothing at all, that’s possible! 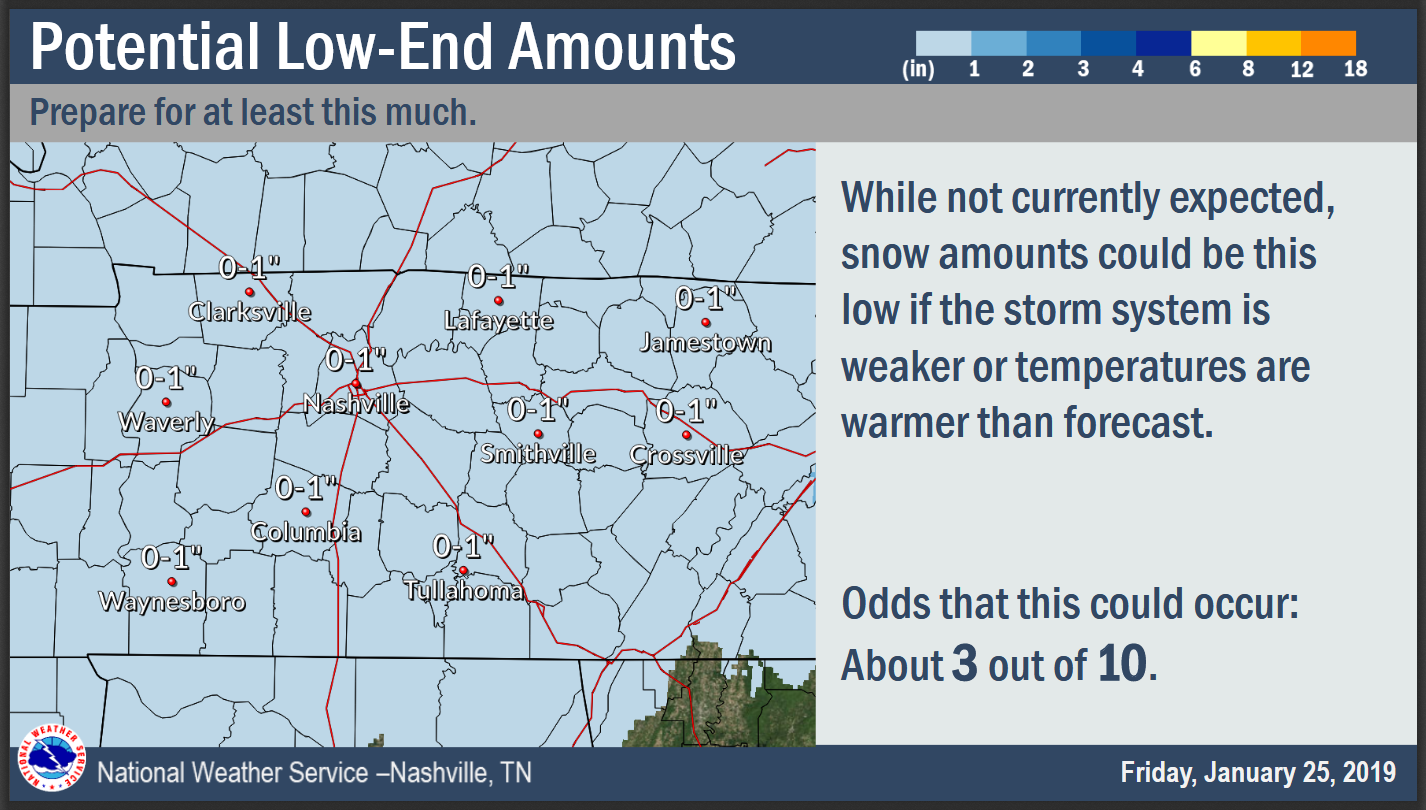 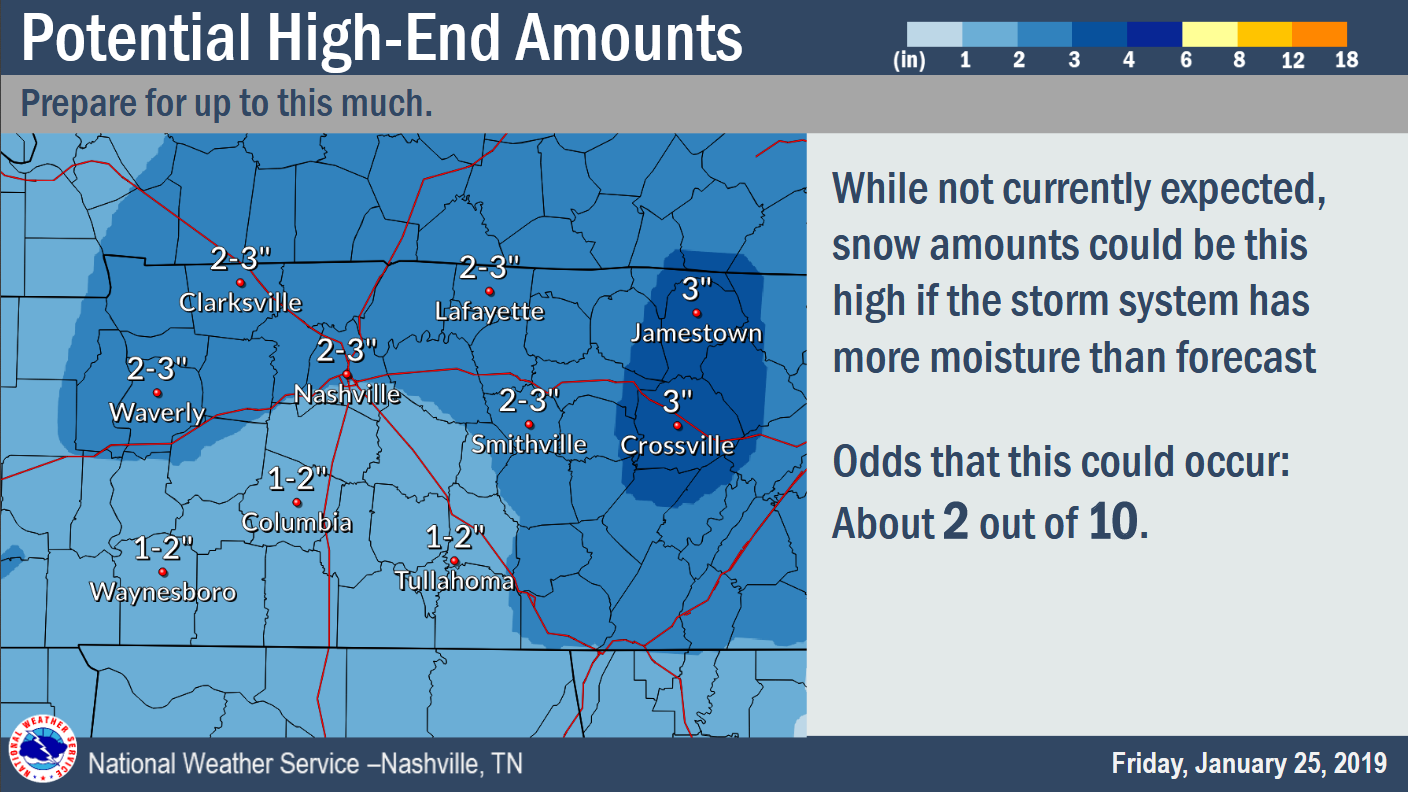 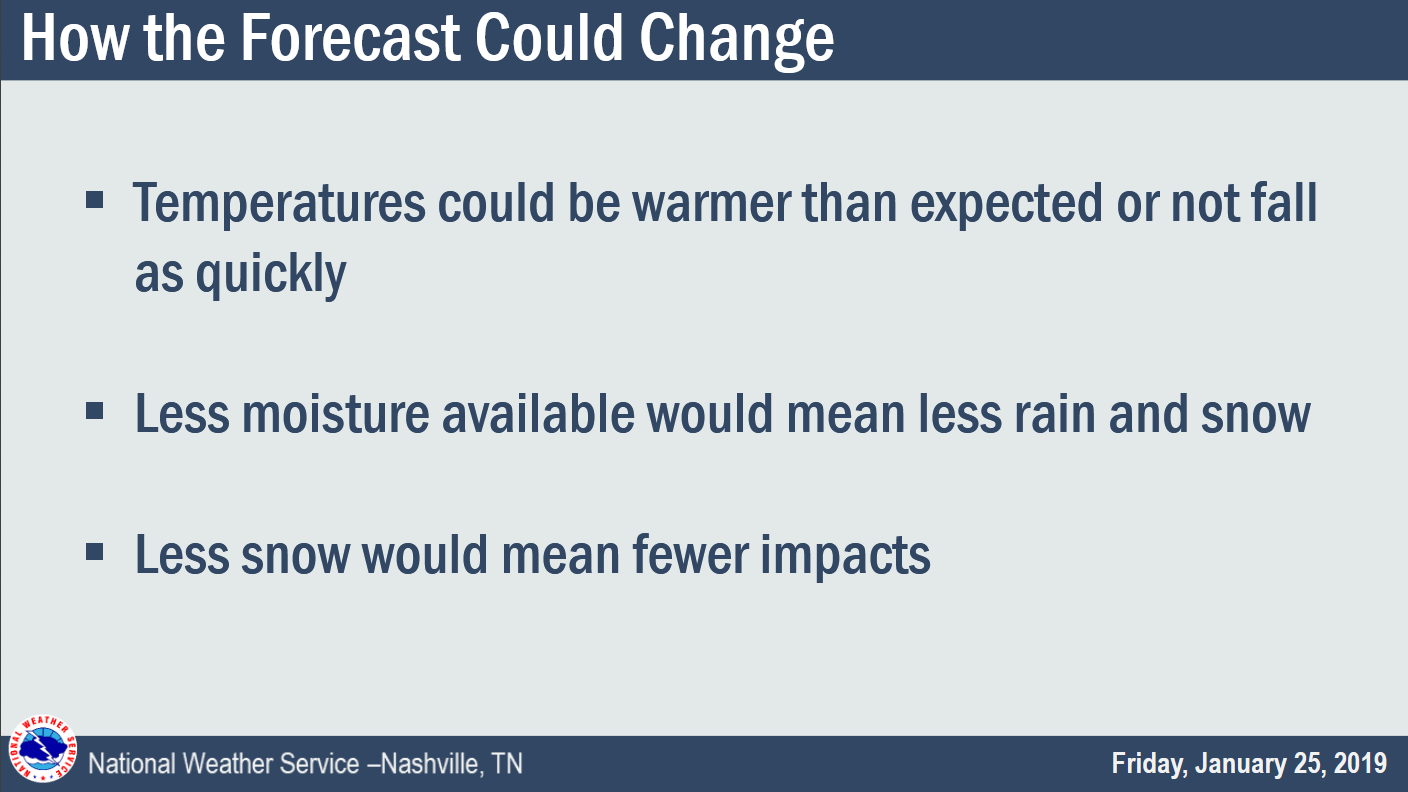 If you say “Nash Severe said we’re going to get 3 inches,” you’re doing it wrong.

I think it might snow enough to sled, and I plan to spend a few minutes this weekend trying to find my sled without reinjuring my left knee. Long story, you don’t care, but I’m not spending too much time looking for it.

What Makes This Different from Prior “Events”

Why You Should Pump The Party/Panic Brakes

We’re a long way away so Don’t Get Excited Yet.

Don’t wig out. Stay updated. Relying on old information only leaves you in Tennessee, disappointed, with unmet expectations, looking up at a sad sunsphere.

Next week will be the coldest week so far, and by a wide margin.

^^Note this is from a reality TV show.