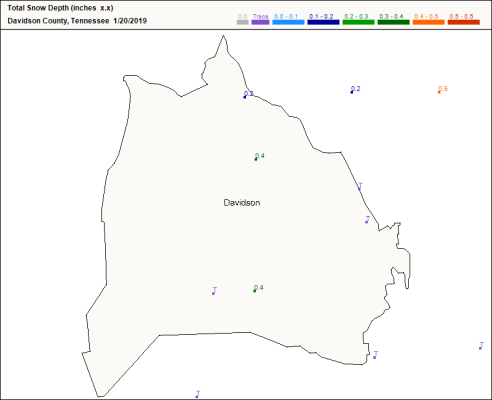 All north of us.

Williamson County reported a “trace” snowfall, which is not a Natchez pun. It means very little. 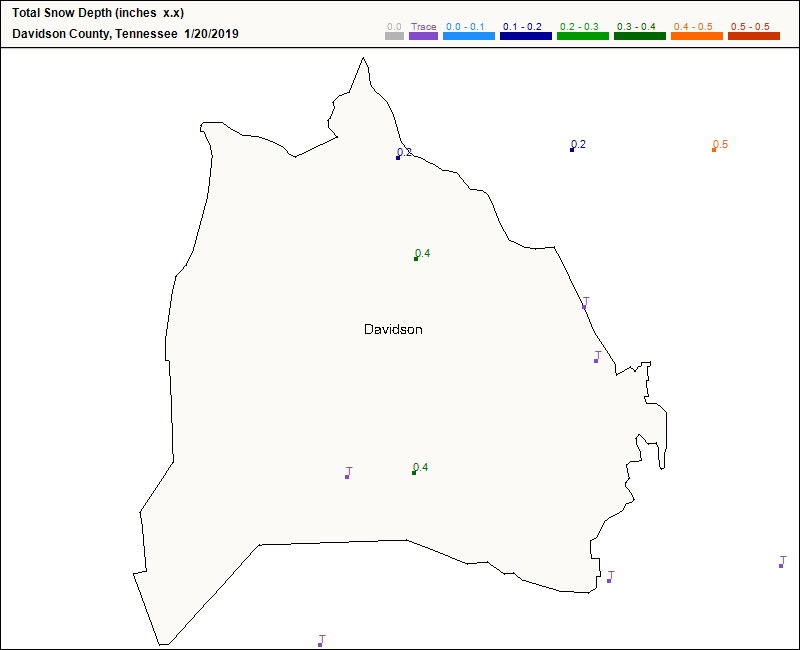 This was a decks, mailboxes, sidewalks, garden gnomes, grills, and fence tops event.

There just wasn’t enough snow. Winds too strong. Ground warm and unreceptive, like that date you stood up at a Miami restaurant one June Saturday.

Flurries this morning could not withstand those strong north winds blowing 10-12 MPH today.

Many routes are fine. I’m sure some aren’t. TDOT Smartway is your friend. So are traffic follows.

A clipper system should race down I-24 tonight. Like the actual LA Clippers (rare NBA joke alert!), they fall apart when it matters most.

Wind chills between now and then, in three hour increments:

Also a few rivers are up: the Cumberland River & Stones River are getting flood advisories for minor-stage flooding. 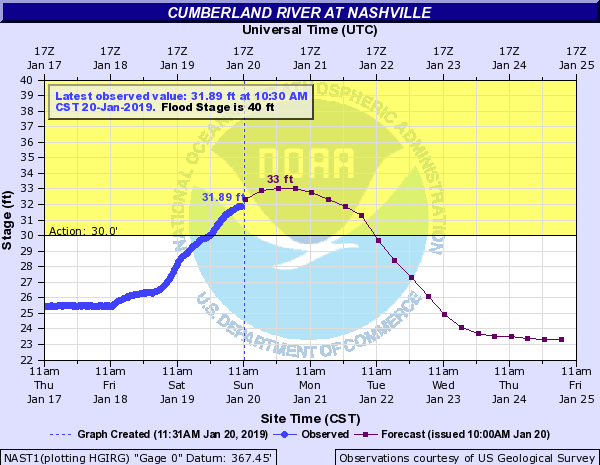 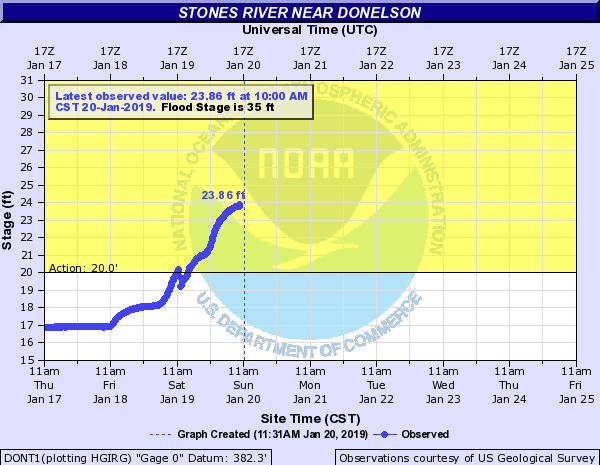 You can follow those and other local rivers and streams here.

During these times clouds are forecast to be “broken,” transitioning to “scattered.” 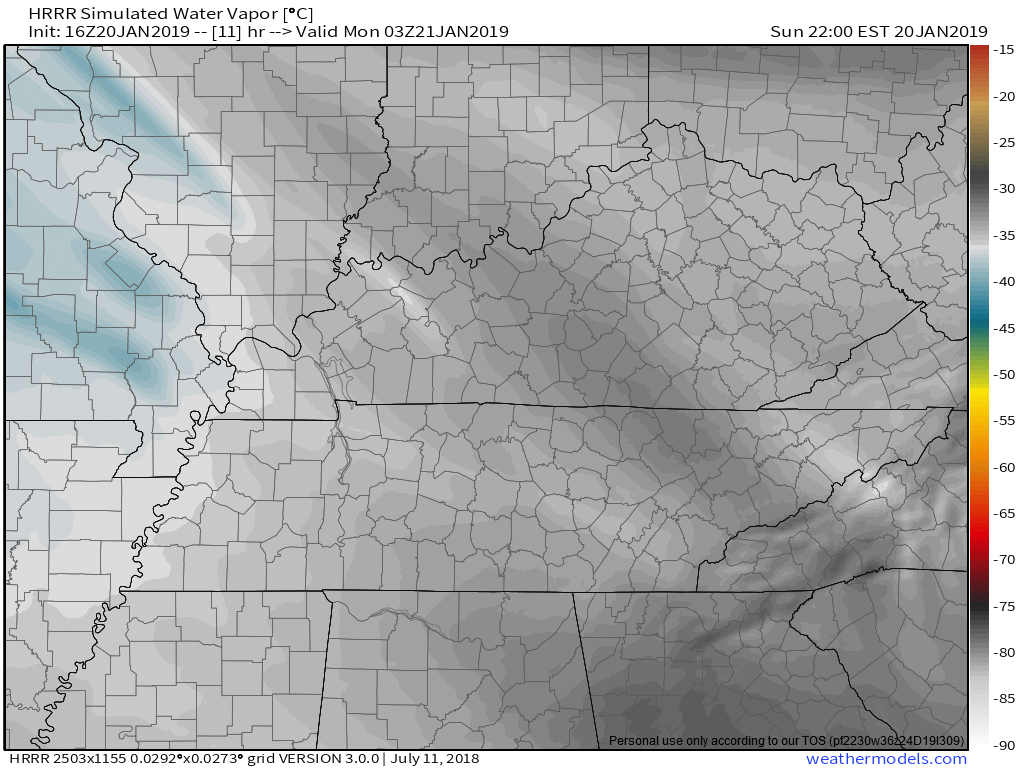 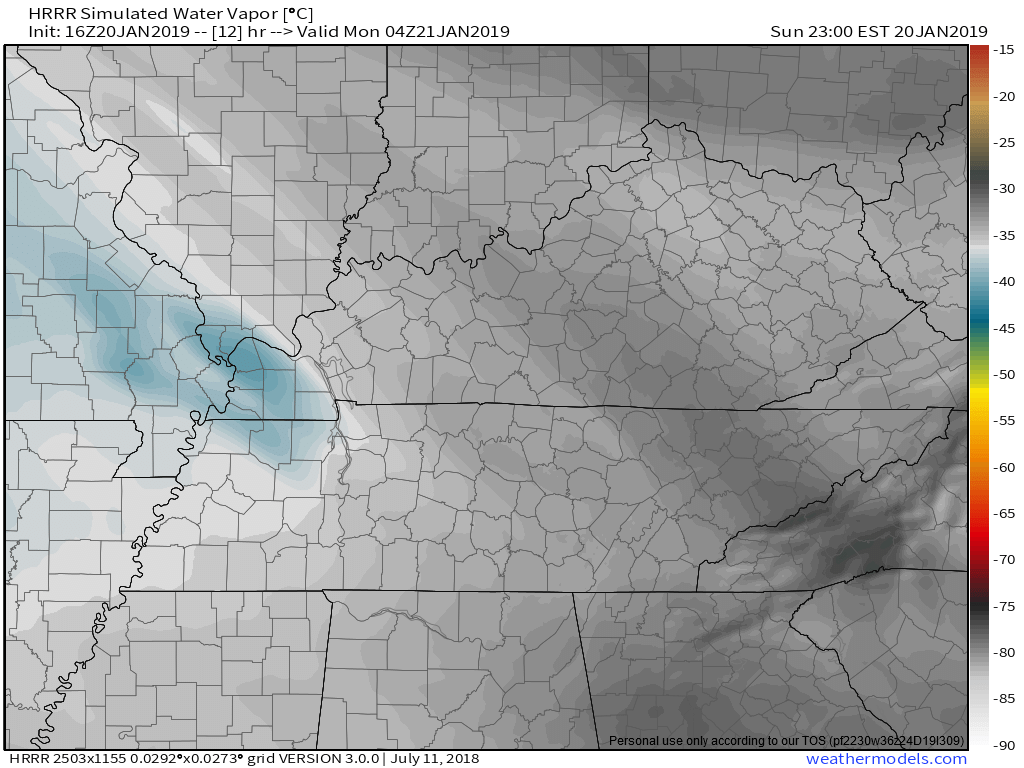 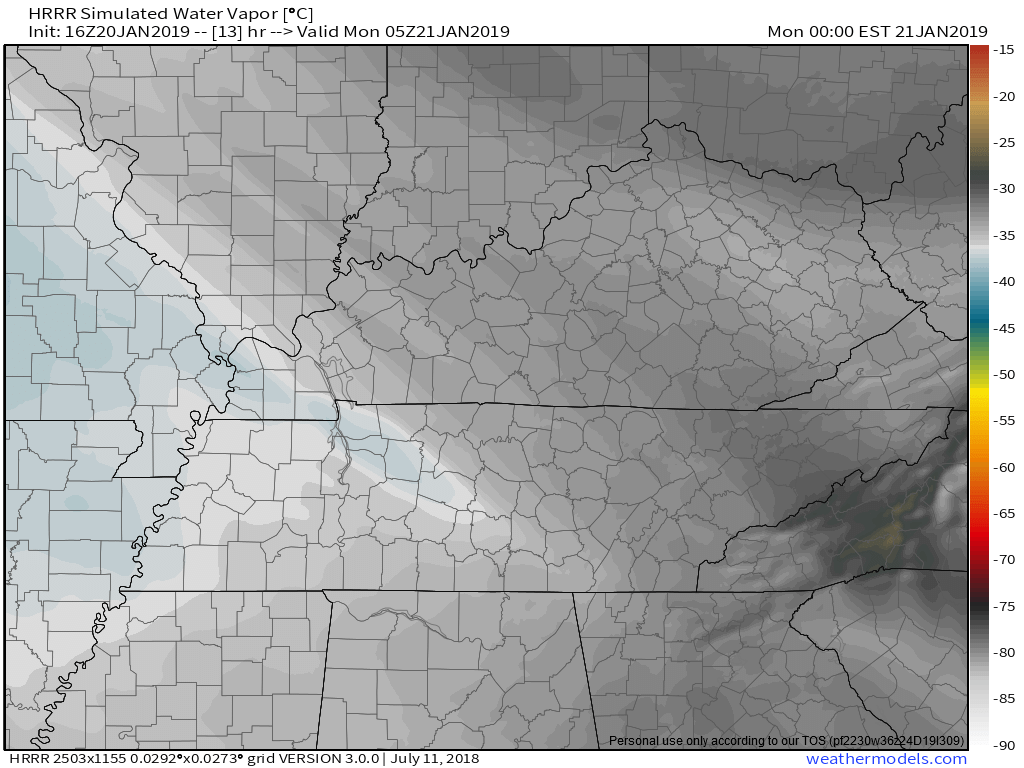 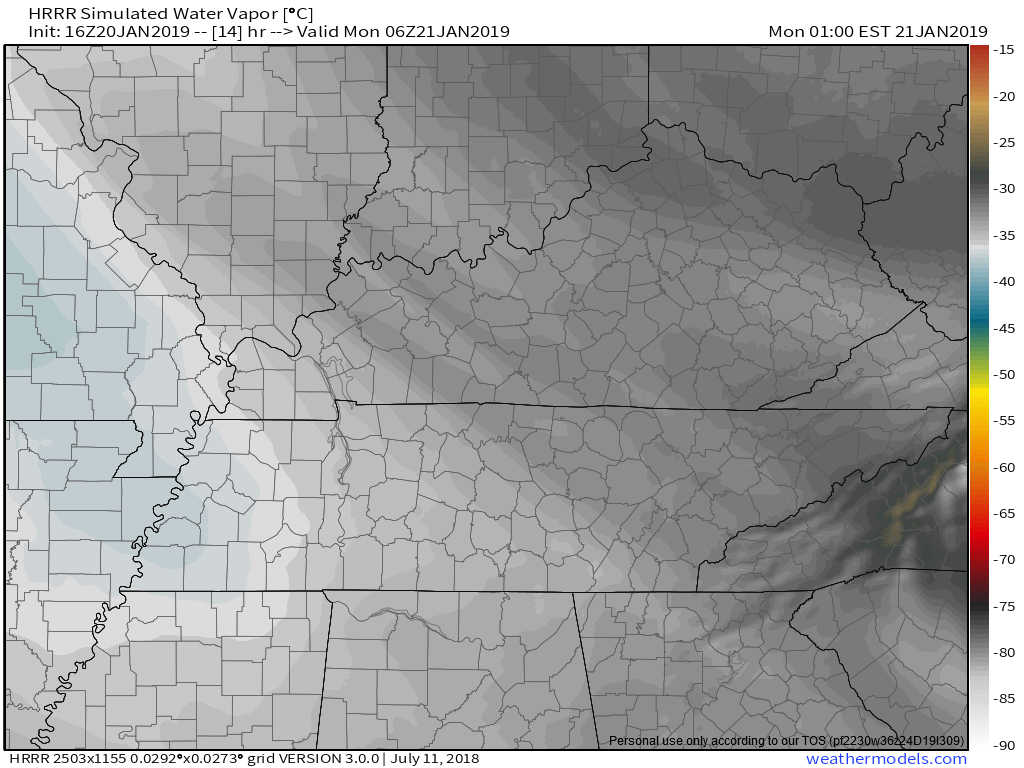 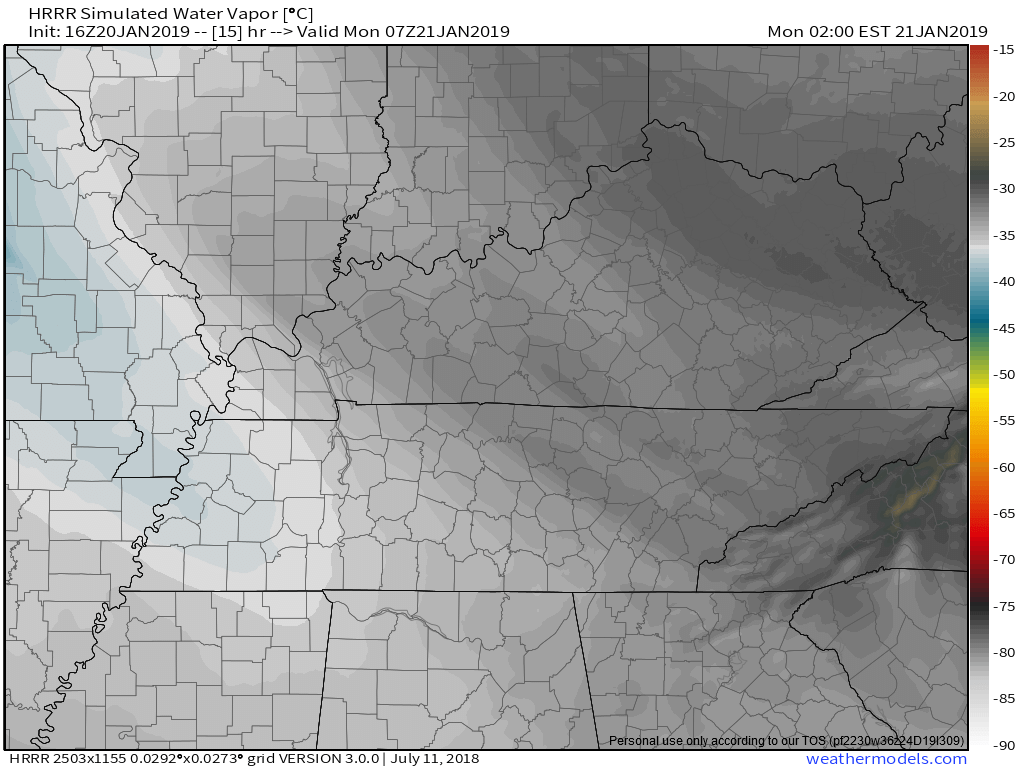 Martin Luther King Jr. Day will be a little warmer. We should see sunshine.

Much warmer Tuesday and Wednesday, except:

Duration: Most of the day Wednesday.

How Much: Maybe a soaker. About an inch, maybe more. WPC thinks 1.5″ or so possible:

Wednesday night – Thursday AM: A cold front is pushing in Wednesday’s rain. Models think a little moisture will get stuck behind the cold front after it passes through, making a little snow possible very late Wednesday night into Thursday morning. Were that to happen, it would fall on a wet, warm ground. Like last night, initial flakes should melt quickly after settling on a warmer surface, and temps will only stay below freezing for a handful of hours, giving the earth very little time to cool and hold snow/ice. When the sun comes up, we should start to push above freezing Thursday morning, limiting impacts. Does not look like a big deal right now.

Thursday Night: Another weak “clipper” system should race down I-24 and perhaps deliver

a quick shot of scattered showers or flurries. Little impact expected with this feature. (NWS-Nashville)

Next Weekend: More from NWS-Nashville:

Cold weekend setting up…with reinforcing blasts of arctic air very late Thu and then again Saturday night from passing fronts. Moisture not excessively deep with either but a few snow showers or flurries are in the picture.

The 0z Euro and 12z GFS models show a weak system with rain and snow potential here late Saturday night, but the system looks relatively weak and not that exciting. 6 days away, expect forecast changes/revisions.