Today our weather is better than New York’s weather and I hope our football team is also, you know, better than the Giants.

(Apologies to my mother in law, who loves Eli Manning, and frankly I respect the dude, my son ran into him last summer and Eli was pure class. May you lose, uninjured, Eli).

Whereas we’re getting a high of 55° with a slight chilly breeze and no rain, the Titans are playing the Giants in off and on (mostly “on”) rain with wintry precip mixing in not too far away (I wouldn’t be surprised to see wintry precip fall, but it should be mostly rain, some of it heavy at times), sustained winds 15-20 MPH and changing directions (starting out from ENE, to NE, then to NNE by the end of the game), winds gusting into the mid-35 MPH range, and a wind chill around freezing.

Yet here we have mostly a pretty easy week ahead:

It should start around or after midnight Wednesday night into the wee hours of Thursday morning. It may start later than that (and I think it probably will because the Euro is trending that way). The mostly likely time frame for it to be raining is Thursday afternoon/evening. We think rain will continue through most of Friday morning and part of Friday afternoon, departing Friday night.

I’m Dreaming of a White Christmas

I imagine Irving Berlin bellying up to his table to write this song thinking “you know, meterologically, predicting a White Christmas 9 days before Christmas is just a dream and I’m going to tell the world about it.”

Euro ensemble model data thinks we’ll see a total of 2.4″ of precip through December 31, with tiny chances of snow each time precip comes by:

To quote meteorologist Amy Grant: “Well I know there’s more snow up in Colorado than my roof will ever see.” I can see a Snow Yearn in her voice. 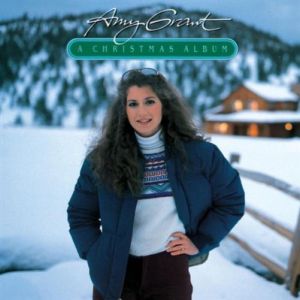 Her “no snow” consolation prize is a “tender” Tennessee Christmas, whatever that is, but she likes it and she’s Amy Grant so I speak no ill will you to Amy, I once saw you in car rider line when I was in middle school, you were smoldering wearing sunglasses better than the Blues Brothers, did I just say that out loud?