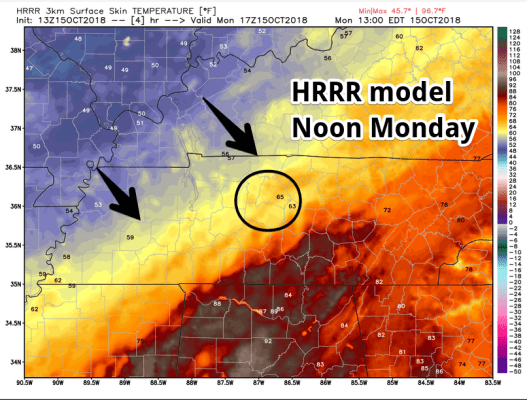 2" to 3" of rain estimated by radar last 12 hours along and north of I-40. Rain slacking off now. Blue arrows depict approach of a cold front. It's 67° now at BNA, expecting upper 50°s before/around dark with arrival of Jerk North Wind. pic.twitter.com/jgz9kJ14So

Some got more. Highest reported totals in Goodlettsville/Hendersonville:

Gauge is over 1" since the 7 AM dump. Goodlettsville. Storm total now 3.74"+ @NWSNashville @NashSevereWx

This morning’s Flood Advisory for most of Nashville and NW Will Co expires at noon. Even though the rain is ending, water is still moving through feeder streams and running off hills, so flooding may continue to be an issue until the advisory expires. Localized flooding should subside after that.

A cold front is coming down from Kentucky: 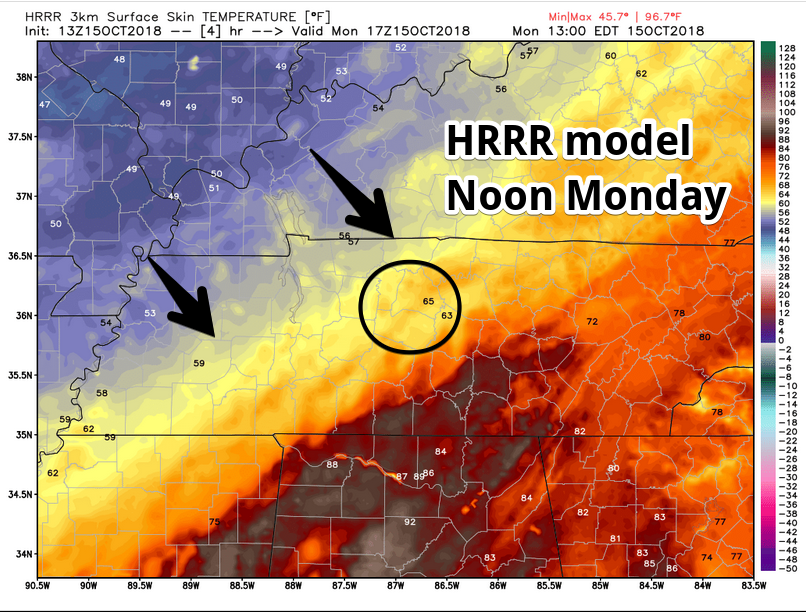 Colder during the evening rush hour: 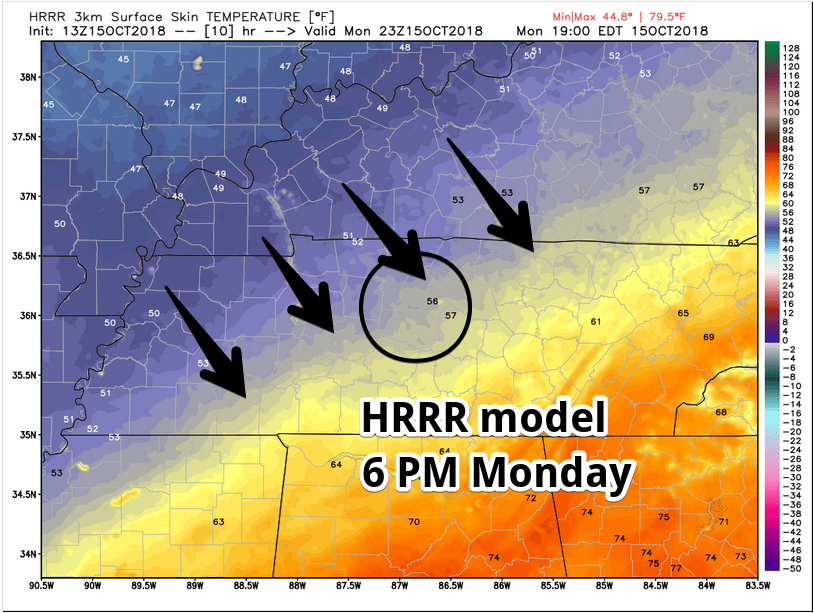 Temps continue to drop overnight, bottoming out in the mid/upper 40°s Tuesday morning.

NWS-Nashville confirmed the rain slackening off:

A few drizzlers or light showers may come through this afternoon, tonight, and maybe early Tuesday morning. HRRR model through 2 AM Tuesday:

No meaningful additional rainfall with this, ending flooding concerns after noon.

Pretty Quiet Tuesday through Most of Friday

Right now we think rain will start Friday night, probably late Friday night, but the ETA on that could be as early as Friday morning or as late as Saturday morning. Euro model thinks we’ll see around 0.25″ or so. GFS model kinda agrees. ETAs will require adjustment later this week.

A cold front is pushing that rain through. Expect clearing at some point during the day Saturday, then slowly falling temps.

Sunday and Monday look nice (for now), but cooler, with low 40°s mornings and upper 50°s for highs.