More of the Same

Below is an update from what we wrote this morning. It’s new information. But the same. Hot, Humid, Chance of Rain/Storms.

Remember forecast temps are for the shade. Direct sunlight = hotter than these numbers.

Humid. Oppressive in the morning, then on the upper end of Uncomfortable in the afternoon.

What We Think We Know

It should rain somewhere in Nashville or Williamson County. There will be plenty of storm fuel (Convective Available Potential Energy) sitting on top of us all, just waiting for:

(1) it to get hot enough to defeat high pressure and release the energy, or

(2) cold air coming from a nearby storm to kick-start the thunderstorm-making process.

We “think we know” this because it’s also possible these storms will miss Nashville and Williamson Co.

Storms won’t move much, and they should not last much longer than an hour.

Tornadoes are super unlikely. There will be no shear to spin them up. However, we have had weak tornadoes, called “shamnadoes,” in past summers, but again, tornadoes are very far down the list of storm concerns.

What We Don’t Know

We don’t know exactly where the storms will be. Your outdoor activity decisions should be guided by your risk tolerance and proximity to safety should a storm pop up. I think it’s more likely than not, each day, that the storms will miss you, but we can’t really tell you for sure.

We don’t know exactly when. Generally, though, storms are most likely during the hottest part of the day, ending after dark

We don’t know how bad storms will be. Sometimes, they’re just rain. Most of the time there’s some lightning. Some storms can produce 30 MPH to 60+ MPH winds, with hail.

Examples from the last three days.

@NashSevereWx This just happened at my neighbors house here in Bellevue!😳 pic.twitter.com/EDa7CHv7nt

@NashSevereWx Hail on the West Side near Vandy. pic.twitter.com/rRk1233V1u 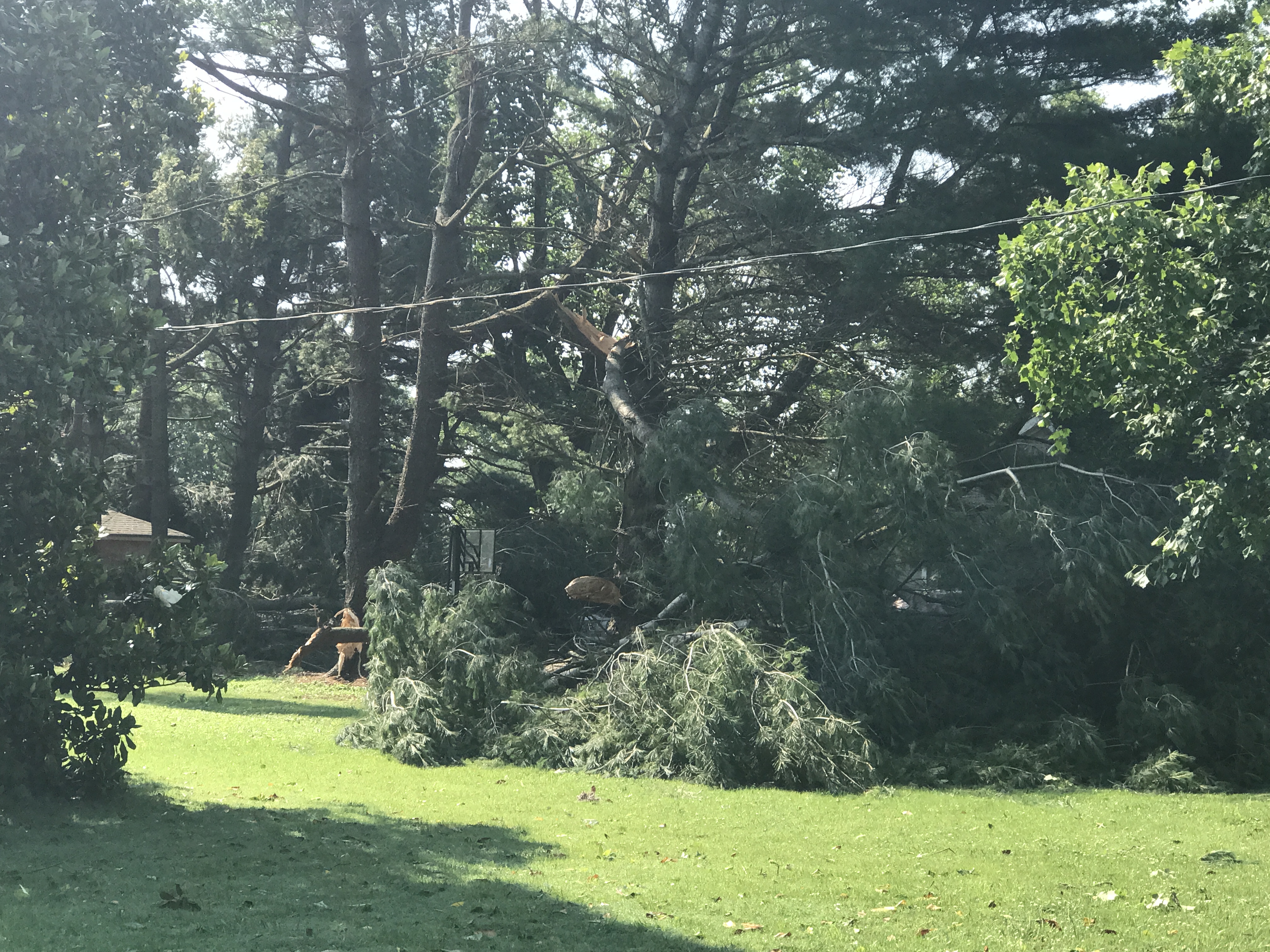 We will update the forecast as needed @NashSevereWx on Twitter. Not on Twitter? We have you covered.