Ring in the New Year with Two Wind Chill Advisories

The first is effective begins at 10 PM and ends at 9 AM Monday morning. A second Wind Chill Advisory goes into effect Monday night at midnight, running until noon Tuesday. 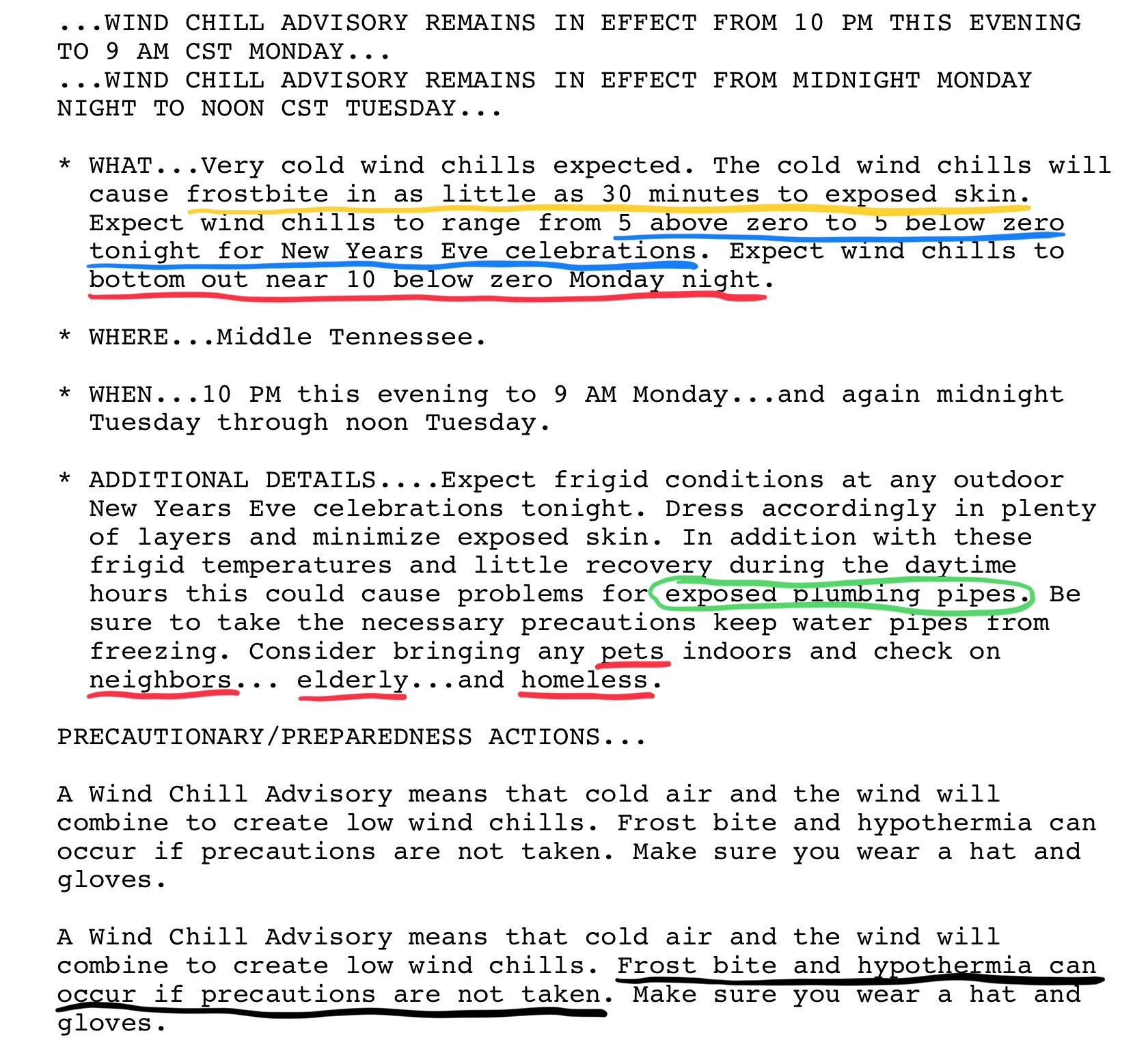 No snow, just cold the rest of the week. Below freezing at least through Wednesday, maybe longer. Winds turn south Wednesday, so we may make the mid-30º. If we do, it will break a below-freezing streak that started Saturday night. If not, the streak should end Saturday when we should poke above freezing (but only briefly) in the afternoon. 7 consecutive days completely below freezing would be two days shy of the record of 9 set in 1876 and 1899.

The next precip-maker is expected Sunday/Monday of next week

This system will approach from the southwest, bringing warmer temps and Gulf of Mexico moisture. There’s a “small window” (per NWS-Nashville) where the precipitation may start with a mixture of rain/sleet/snow, but right now we think temps will have warmed sufficiently to make this all rain. NWS-Nashville says this is “nothing to be worried about at this time . . . But something to keep an eye on.”

Our Top Monthly Tweets of 2017 (by impressions)

If you are inside this red box, immediately take cover, you are tornado warned. pic.twitter.com/6s1yHTEIGe

Should have just left it in Pittsburgh. We will come get it Wednesday night with plans to find out how many catfish can swim in it. https://t.co/iZ3sKxAosG

Today in Houston & May 2010 in Nashville. pic.twitter.com/nHsRwgCFPH

Predictions are hard.
Accuracy is important.
Errors are inevitable.
Honesty is everything.

Example 4,181 why crap apps are awful. No reasonable person, after looking at the data, would characterize Sunday/Monday's forecast with a snowflake. Yet there it is on an app, "a respected source." https://t.co/FfuE8EINHL