The Cold Front Is Here!

The cold front showed up around 3:30 PM. You could see the cooler northwest wind arrive on radar:

It has come with a breeze.

About 20 mins ago on Old Hickory Lake Wilson Cty pic.twitter.com/tuDXZPTwdW

As for the humidity…

Monday Night Football tailgating looks breezy, 63°, dropping to 57° by kickoff and 51° at the end of the game. Winds will blow from the north at just under 10 MPH to start the game, then relax to half that by the end.

Rest of the Week: Dry

No rain expected until mayyyyybe Sunday night. Humidity will increase slightly, but it won’t be nearly as bad as this weekend has been. Another cold front is expected late Sunday or Monday of next week. That cold front will knock temps/humidity down even further. 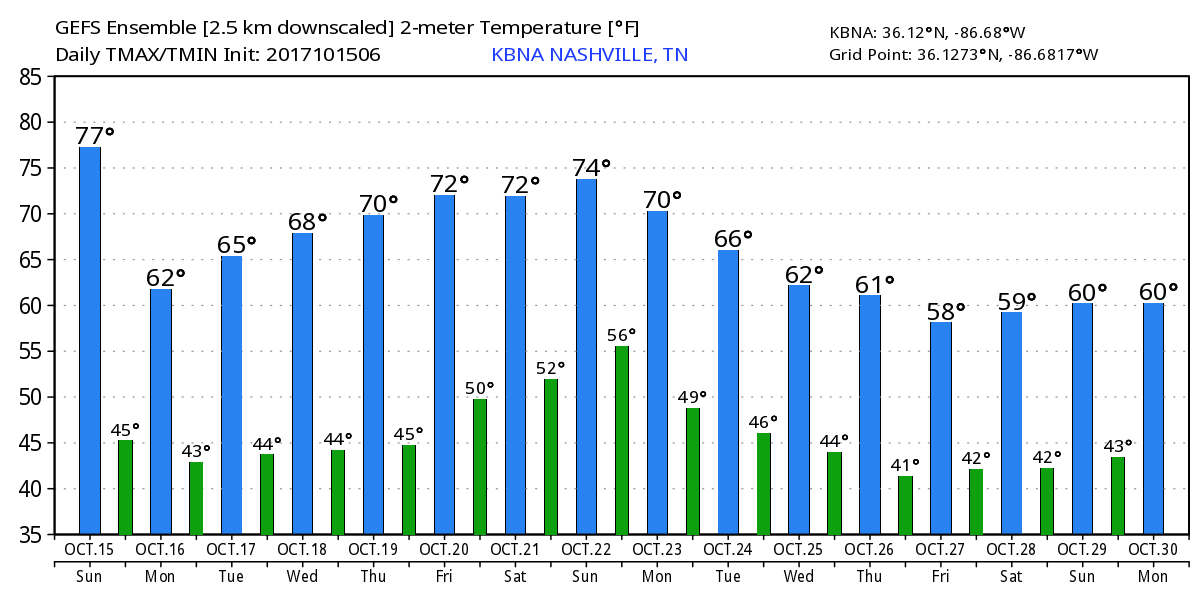 It’ll take a few swings to knock the summer out of October.