Click the above box for a full screen radar. Works on all browsers and platforms.

This Morning a thin band of snow formed in western Williamson County and extended to near downtown, then formed a nice line and moved southeast across Williamson and Eastern Davidson County. Here’s what it looked like at 5:21 AM

With temperatures in the upper 20s, slick spots developed, especially on secondary roads and elevated roadways, bridges, and overpasses. Reports of slippery roads have come in quickly as people are getting out and about. For example, the ramp that I 24 E at mile marker 52 is closed at the moment because the road is slick and crews were working on a crash. The I 65 N ramp at I 24 W is down to one lane because there is ice on the bridge. Franklin PD officers reported Highway 96 E. at Arno Road is becoming slick. 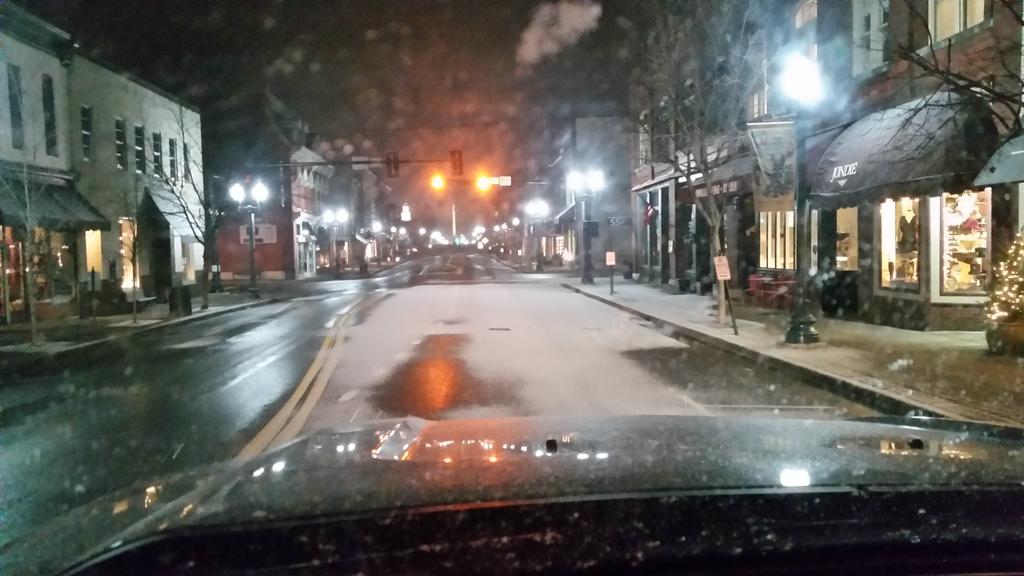 There are several other examples of this. Report any hazardous/slippery roads to NWS-Nashville by including #tSpotter in your tweet. As usual, we’ll be @NashSevereWx on Twitter to add to this info.

NWS thinks these conditions will improve by late morning as temperatures warm above freezing.

Temps will drop back into the mid 20°s overnight under clear skies.

Temps generally are expected to rise:

This website supplements @NashSevereWx on Twitter, which you can find here. Expect another update late this morning or early this afternoon.