Pop Up Thunderstorms Next Few Days (With Explanation!)

Very isolated, hit and miss showers/thunderstorms are possible late tonight. Don’t bet on them, though. Expect lows in the upper 60s, and winds out of the north at 5 mph.

We’ll wake up to 67, warming to 88, with a lot of humidity.  Dew points in the 60s, summer heat, and a series of VERY weak disturbances (Science Alert! Explanation Below) gives us the chance for pop up afternoon thunderstorms.

Most of the models keep us dry in Nashville, be aware of the thunderstorm chances, and don’t be concerned.

Similar to Wednesday. Pop-Up thunderstorms are possible, and the 90s are back! 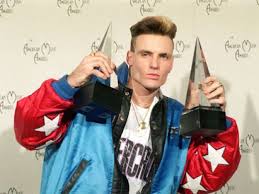 The Intern Explains Pop Up Thunderstorms

Why are pop up thunderstorms in the forecast?  Why are they so hard to predict?

(Editor’s Note:  Science is about to happen…)

There is a “shortwave” (a very weak disturbance mentioned above) in Iowa that is “upstream” (if something is upstream from you it’s going to move downstream) of Middle Tennessee.  This “shortwave” is the final ingredient in giving us pop up thunderstorms.

The first two ingredients being moisture (high dew points) and heat (instability).  Imagine you put a pot of water on the stove, then turn on the stove and set it to boil. There will be steam when the water boils. This is sort of what happens when the sun comes up and the heating of the day begins. The “steam” in the sky is the clouds. A really tall, growing cloud is a thunderstorm.

Now imagine putting a lid on your pot of water to help keep all the steam “energy” inside the pot. The steam is trapped and looking for a way out. The water will continue to boil, build enough energy, and escape in random places on the edges of the pot. This is kind of what happens in the atmosphere — that escaping of energy is like our pop up thunderstorms that happen in almost random locations.  We know there is going to be a thunderstorm – the real question is where.  This is very hard to predict where if not impossible.

Now imagine instead of setting the lid on the pot, you held the down the lid of the pot so none of the steam “energy” can escape the pot (disclaimer don’t try this at home)

(Editor’s Note: last year I was boiling a pot of water to make tea [in the most masculine way possible] and spilled some on my fingers, burning them pretty bad.  This HURTS, but I handled it like a real man {with narcotic pain medication]. Now I use [a masculine] pot holder and handle the pot as if its radioactive. I felt like this was something you needed to know).

When you hold the pot lid down over boiling water, energy is building, then1 of 2 things will happen:

1:  You do the smart thing and turn off the burner. The water cools. This is what happens when the sun goes down. The clouds that were building stop building and die down. This is what we generally see during the summer or extreme severe weather events. Nothing happens because the atmosphere wasn’t “boiling” enough.

2:  You keep the burner on. The boiling water with the lid on it comes off and all that energy comes flying out, giving us pop up thunderstorms or severe super cell thunderstorms (depending on what else is happening in the atmosphere).

The lid on the pot is called a “cap” in the atmosphere. The “cap” happens at the point “up” in the atmosphere where the temperature gets warmer instead of colder. The strength of the cap determines if, when, or how a thunderstorm will begin it’s life.

So, back to the shortwave. It can bust off the cap on the atmosphere. Behold below the shortwave Iowa working down into Middle TN and the rest of the Southeast. This shortwave is strong enough to allow that energy to build just enough, then escape for some weak thunderstorms to pop up. This is a 500 mb (millibar) relative vorticity chart from the GFS model (American model) Tuesday 7 AM – Thursday 1 PM:

(Editor’s Note: if that was never explained to you before and you don’t understand it, don’t worry, I didn’t either the first 100 times I had this explained to me. But, I think The Intern did a pretty good job of explaining things here. If you disagree, let us know, and we will devise a suitable punishment.)