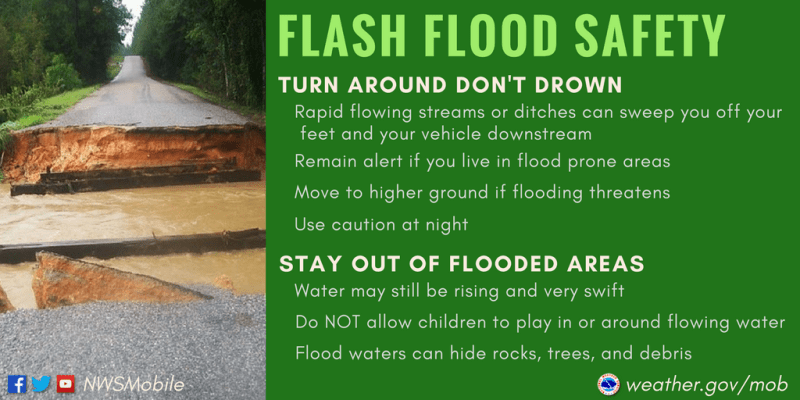 Overnight NWS Nashville issued a Flood Watch for both of our counties. Reason being is we are expected to get more rain on top of already saturated grounds. This may lead to rivers swelling up and as well as flash flooding in vulnerable spots. If you live near a river, keep an eye on it, you can always check the level of rivers here.

“What does this mean for you? First, as we always say, Turn Around, Don’t Drown. If you encounter a roadway that has been inundated with water, don’t attempt to drive through it. You have no idea how deep the water is and the road could be washed away. Secondly, there’s a good chance mid-state rivers are going to be on the rise, especially by Monday. Keep this in mind if you live or work near a river that is known to flood and be prepared to move to higher ground in a hurry.”

HRRR model shows more showers/lightningstorms coming in during the day, most likely time is afternoon, but you could see one at anytime. No severe weather expected, but there could be lightning and that is bad enough. The atmosphere is very water-loaded so any storm that moves slow enough could lead to flash flooding, especially with already saturated grounds. When the sun goes down (on my side of town), the coverage of storms will go down as well.

Monday more rain/lightningstorm chances, although the coverage of storms doesn’t seem to be as widespread as they have been.

The HRRR model thinks most of the activity misses us, it could be right, or it could be wrong. It won’t take much to cause flash flooding with grounds already soaked. Probably not a total washout for your Labor Day plans, but one rogue storm that decides to rain on you could change that.

Rain chances continue throughout the week and into the weekend. No severe weather or widespread flooding is expected, but some localized flooding can’t be ruled out.

The only good news continues to be that temps will be below average. However, the dewpoints will be in the mid to upper 60’s so it probably won’t feel like “below average.”