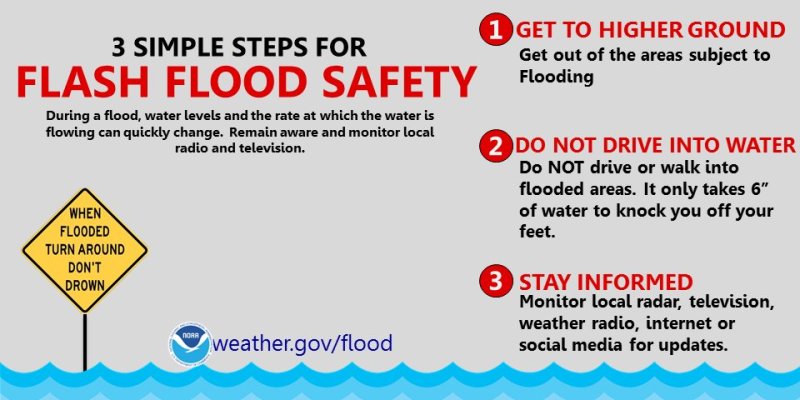 High today of 91°, dewpoints will increase throughout the day from the low 60’s to the upper 60’s, which will make it feel gross.

The HRRR model is continuing the show the possibility, not promise, of rain tonight, which could possibly impact your football game.

The Nashville National Weather Service thinks a majority of the activity will stay to our south and east, but there is certainly a possibility of wet bleachers. Not concerned about any severe weather with any of these storms, but lightning is possible which would prompt a delay. Keep an eye on a radar.

It will most likely rain on Saturday at some point, maybe a lot. The Weather Prediction Center has outlooked us with a 15-40% chance of flash flooding within 25 miles. There’s a lot of uncertainties and different risks with this system.

Yesterday the HRRR model thought there was maybe going to be some rain on Saturday, but not for everyone. Recent trends have started pointing towards everyone gets rain, and some get too much.

This run of the HRRR model thinks heavy periods of rain begin sometime around noon and continue throughout the early hours of Sunday morning, including evening and overnight Saturday. Some storms could have particularly intense rainfall rates which could lead to flash flooding. Another concern is if the storms begin to train over the same area over and over, which could lead to flash flooding. This is only a possibility and not a certainty. We are not worried about severe weather, however there could be lots of lightning embedded in some of these storms.

The HRRR model is showing the possibility of a few areas receiving 5″ + of rainfall. This would surpass what areas could handle under this amount of time and flash flooding would likely become an issue. This is not exactly where the pockets of “flash flooding” rains will be, in fact it cold not happen at all. It is only to show there is a real possibility of it. Another concern would be some of this rain would be falling after-dark Saturday, which would make the dangerous situation even more dangerous. If you ever encounter a flooded roadway, turn around, don’t drown. It’s never worth the risk of your car being swept away.

Weather is always changing and this event (which could not happen) is still 24 hours + out, so a lot of new information will come in between now and then, and we’ll be sure to communicate it to you. It is important to stay aware of the risks and stay connected and informed.

Sunday rain would continue on/off throughout the day and areas that received lots of rain on Saturday would be more susceptible to flash flooding. Again, no severe weather is expected but lightning is dangerous and certainly possible.

Labor Day looks like more rain inbound, but none of the high resolution models are in range yet.

Typical Wattery chances remain throughout the rest of next week. Dewpoints stuck in the muggy mid 60’s. No fun.