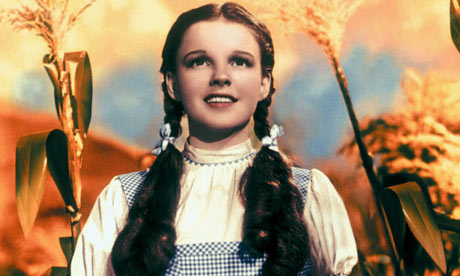 you thought she only dealt with tornados….

(Editor’s Note: this post was written by Friend of @NashSevereWx and fellow local weather nerd Justin Mundie. I thought you would enjoy and benefit from his thoughts on the approaching winter storm. As usual, nothing we write or Justin writes is an official NWS forecast unless it says so).

Good afternoon readers. I’m your guest host for the moment. My name is Justin Mundie. I’m a Realtor with Village Real Estate. 30 years old. 12 in Nashville. 27 years a weather nerd. But enough with introductions… lets get to the interesting weather we have on tap.

This morning, modeling has been moving towards a more consistent solution after having waffled around between no snow, 2 separate waves of precipitation, and now one, healthy wave Sunday Night through end of business Monday. The continuity between the computer models is helping to solidify confidence in the forecast. When we’re talking about something as complex as the atmosphere, there is always the possibility for a forecast to go terribly wrong. Snow is even more difficult than normal forecasting because a minor difference in total water content falling from the sky (that wouldn’t be noticed in an ordinary rain storm) can yield drastically different results as far as snowfall (not to mention temperatures being off a degree or two). Generally, 1/10 inches of liquid water equals an inch of snow. But that varies as well, which plays into the uncertainty.

Now for the big picture. The snowstorm that is set to blast Boston with another foot tonight is a big part of what’s going on with our weather down here. As it stalls off the coast of Newfoundland, it slows down the flow of weather systems across the country. We weather nerds call this a 50/50 low due to its proximity to that lat/long. This allows for the energy that spawns low pressure to move more south than east, a prerequisite for southern snow. It also works in tandem with cold high pressure over Michigan to funnel cold air into the southeast, another necessary ingredient in for winter weather in these parts. On the other side of the country, a tall ridge of high pressure is off the west coast. This drives the jet stream up towards the north pole and then back down into the center of the country. Pieces of “energy” dive down this ridge underneath the cold air in the east, and as they start moving east instead of south, they act as a mechanism for transporting gulf moisture up and over the cold air that’s sitting on top of us. This is the perfect situation for heavy snow to fall in our area. You can see these features on this 500mb map:

At the present time – modeling indicates that precipitation, in the form of snow, breaks out in southeast Missouri Sunday afternoon. As this disturbance dives south, it should tap the Gulf of Mexico, a rich source of moisture, and the radar should begin to fill in with heavy snow falls near Cape Girardeau (Missouri). Which makes me think of Lamberts, home of “throwed rolls”. (Its lunch time as I’m writing this. Sorry.)

(Editor’s Note: I cannot recommend this place more. Love it).

As the evening progresses, this strengthening low pressure system moves underneath the dome of cold high pressure over Michigan, and should bring somewhere between .3 and .6 inches of qpf (water) into our area. That should translate to roughly 3-6 inches of snow. Locally there could be areas with more wherever convective banding sets up (think the bright colors on the radar). Precipitation should end sometime in the afternoon Monday and temps will plummet behind the system. With healthy snow cover, low temperatures Wed and Thursday could get down into the low single digits. Yikes.

I like to qualify my forecasts with what could possibly go wrong. There are a few things I’m concerned about.

Dry air: The air will be dry and it’s possible that models are predicting precipitation that would fall into a more moist atmosphere. If there is too much dry air, we could end up with lots of virga, which is precipitation that’s evaporating before it hits the ground.

Sleet: If temperatures rise too much in the upper atmosphere, snowflakes that fall through it will melt and refreeze upon reaching the ground. The further you are towards the TN/AL line, the higher likelihood of sleet mixing in. While snowfall ratios are generally 10 inches of snow for 1 inch of water, sleet is more like 2 inches for 1 inch of water. So even a couple hours of sleet can really screw up predicted snow totals.

Model Error: The energy diving down may not be modeled correctly. There is energy in the southwest as well that appears to stay back and travel to our south on Tuesday. If there’s more interaction with this energy, or no interaction at all, we could end up with a drastically different solution.

Right now – I’d say my forecast confidence for 3-6 inches with locally higher amounts is about at 50%. Give me another 24 hours and I’ll feel a lot more confident. But, as you know if you’ve lived any time in Tennessee, the weather can surprise you.

Thanks for that, Justin. Great job.

The official forecasts from NWS-Nashville:

More/Updated information will be posted on Twitter @NashSevereWx, which you can find here.

View all posts by Justin Mundie